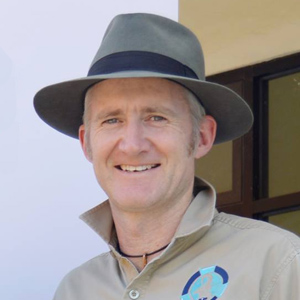 Grant has a background in plumbing and education as well as strong links to WorldSkills. After competing at the WorldSkills competition in 1997, Grant has worked in many roles in WorldSkills up to Chief expert in Plumbing and now as Assistant Technical delegate for Australia. Grant worked full time as a Plumber and a Plumbing teacher in various regions of Australia throughout this time. Working in Zimbabwe on building classrooms, toilets and furniture projects in schools in the late 1990’s led to a strong interest in water and sanitation projects and the sharing of skills that continues throughout developing regions around the world.

Grant joined IAPMO in late 2013 and has worked with the World Plumbing Council, Healthabitat, RMIT and WorldSkills Foundation on many projects including Sanitation Studios in Nepal and the Community Plumbing Challenge in India, South Africa and Indonesia.

Bob has worked in the public education and training sector as a teacher, Head of School, Principal, Director of Industrial Relations, Staff and EEO. He was appointed Director of the Sydney Institute of Technology (TAFE) and later the Assistant Director General (TAFE). Following his successful career in the public sector Bob was elected Chairman of WorldSkills Australia and was Australia’s Official Delegate to the International WorldSkills Movement. Bob is currently a non-executive Director of the Hunter Valley Training Company (HVTC), Australia’s oldest and most prestigious Group Training Company.

Bob has a passion for skills development and skills excellence. He has spent a lifetime involved with training young people to strive for excellence and to be proud of their trade and themselves.

He has been instrumental in establishing companies to train people in Malaysia and in Australia.

Bob is the Patron of the Central Coast Campus Friends Group promoting post-secondary education and training and is an active advocate within his community.

He was honoured with being made a Member of the Order of Australia for his contribution to Technical Education and as Director of the Sydney Institute of Technology. He is a qualified plumber, has a degree in Education and is coordinator of the text book series Plumbing Services Vol 1,2,3,4. 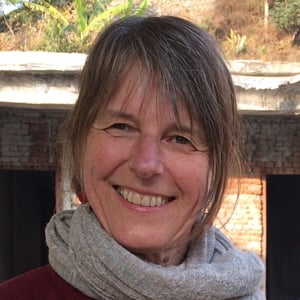 Sandra has spent much of her dental career working with Aboriginal people in Australia and has a deep commitment to delivering dental care and training to communities considered outside of the “mainstream”.  She has been instrumental in establishing and running remote area Aboriginal community controlled dental services, training Aboriginal Health Workers in dental care and prevention, advising governments on policy, developing materials to support remote area dental practitioners, and developing national and international networks of like minded practitioners.

The teaching commitments have included working in dental training at TAFE and university programs, and Sandra derives great satisfaction from watching the growth and development of confidence in people who sometimes undervalue themselves.

Since 2000 her skills and experiences, with a strong focus on projects developed and grounded in the target communities, have spread to projects in Nepal, Timor L’este and Bangladesh.  In Nepal the dental work has been married to a village based sanitation program since 2007, this “teeth and toilets” focus affording opportunities to address basic hygiene issues as well as providing the value added benefit of dental care.

PPF’s technical team is working with Taylor to refine the design. A prototype unit will be built and tested in Australia before fabrication, trialling and evaluating in Nepal.

PPF has also been successful in receiving a grant from IWSH, the International Water Sanitation and Hygiene Foundation, to support the trialling/evaluation stages.

Many thanks to the PPF Challenge judges, the PPF Board and IWSH. Thanks also to Adriano for the surfboards backdrop, aspirational for Nepal the landlocked country.

The PPF congratulates Taylor Springthorpe from New South Wales on her winning design in the Nepal Portable Handwashing 2020 Challenge. It was a tough problem and all judges agreed Taylor’s design delivered a practical solution suited to the Nepal conditions.

Thanks to all who entered the Challenge, it’s been inspiring to see the ideas, efforts and presentations.

More info re the next stages on the PPF website.

Dhulikhel Hospital in Nepal has used funds donated by the PPF to build fixed hand washing units and toilets to improve hygiene in and near their COVID facilities.

The Hospital is one of the leading agencies in the fight against COVID in Nepal, but it is struggling to keep up with the increasing numbers of people infected with Coronavirus.

You can read the report from Dhulikhel Hospital in the PPF website’s News page. ...

Open
This week we will note Global Handwashing Day on 1

This week we will note Global Handwashing Day on 15 October.

A basic hygiene practice achievable by most of us but a struggle for many populations.

In Nepal the rate of Coronavirus infection has been rapidly rising these past few weeks, very worrying but not unexpected.

The PPF is looking forward to the design outcome of the Nepal 2020 Challenge, so we can work with our health and community partners to improve access to handwashing, however small the first steps might be.

Open
Registrations for the PPF Nepal 2020 Challenge are

Registrations for the PPF Nepal 2020 Challenge are now closed.

The PPF is grateful to the skilled and talented designers who have signed up to help us to help the people of Nepal.

With great eagerness we look forward to the ideas and solutions.

Registrations for the PPF Nepal 2020 Challenge close at the end of this week.
As COVID numbers rise in Nepal there’s an increasing need for a well designed compact handwashing unit that is produced locally, is cost effective, easy to use, avoids cross contamination, and basically improves hygiene!!
Go for it, visit the PPF website.
Namaste! 🙏🏽🏔 ...