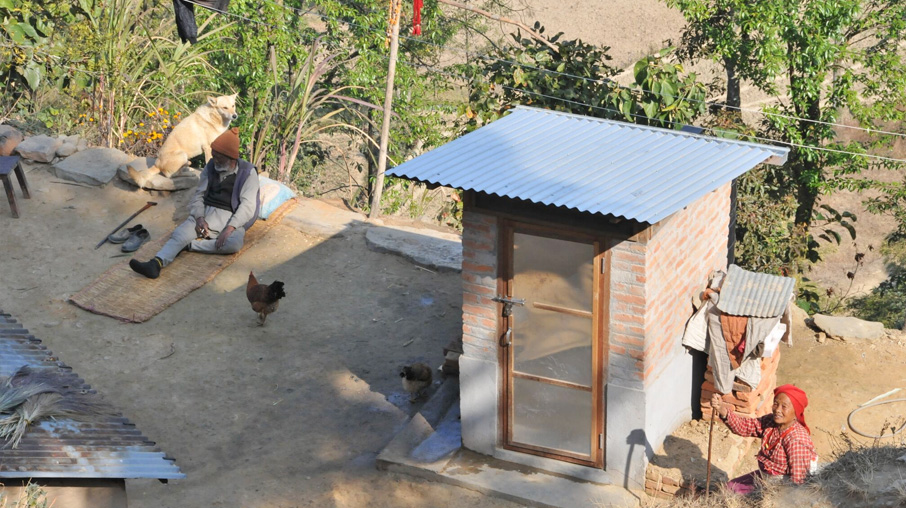 The Paul Pholeros Foundation was established in 2018 to honour the work and life of Paul Pholeros.  While Paul’s professional education was in Architecture, he dedicated much of his life to improving the housing and environmental conditions of Aboriginal and Torres Strait Island people in Australia, and then extended his reach to other countries whose populations struggle to access basic water and sanitation facilities.

In 2007 Paul started working with the families in Bhattedanda village, Nepal, to improve sanitation conditions. Toilets and waste removal systems – septic or biogas –  were constructed for 58 homes, along with rainwater storage tanks. He and his organisation Healthabitat then started working on school based toilet systems along with international partners IAPMO and WorldSkills.

Recognising Paul’s lifelong commitment to improving people’s lives, the Paul Pholeros Foundation continues his legacy through investment in the people who can bring about real change and who will raise sanitation and living standards in marginalised communities. 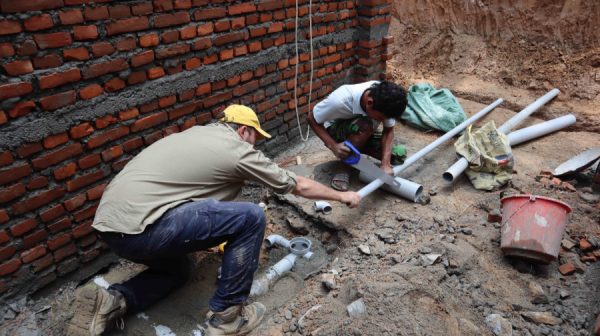 In March-April 2019 the PPF team of Aidan Ward, plumber, and Marcus Gleeson, media expert, worked on a village based sanitation construction project in Bhattedanda, inspected existing village toilets to assess if there is any ongoing damage after the earthquakes in 2015 (result….no damage to the septic and biogas systems), connected with the public health team at the nearby Dhulikhel Hospital, and worked closely with the village construction and plumbing teams to share knowledge and skills.

The Bhattedanda villagers now see clearly the benefits of well constructed sanitation systems and requested a community toilet/shower block be built adjacent to the site of a Buddhist stupa and nearby small monastery, the “gomba” – a place in the forest where people gather for religious and community events, monks come for meditation, and cremations are carried out at the nearby “ghat”, burning ground.

There was no water supply, no toilet, no washing place at this site.

The PPF team worked with the village teams to build this very fine facility with 3 toilet cubicles and 1 shower each side for females and males. The toilets, showers and handwash basins drain into a septic system with soakage trenches.  The villagers are very proud of this amenity and have employed a caretaker to ensure it is cleaned every day and is appropriately maintained. We recognise also the contributions of architects Jasper Ludewig and Harry Catterns, who designed the sanitation block.

The villagers dedicated this very important block to the memory of “Paul Sir” in recognition of his long term commitment to their village. 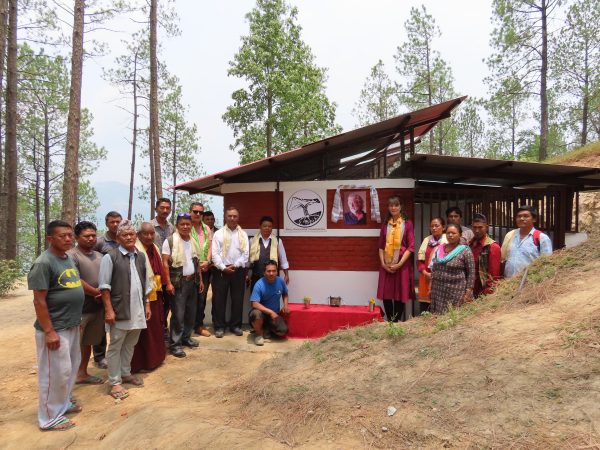 The Paul Pholeros Foundation Limited is a not for profit charity registered with the Australian Charities and Not-for-profits Commission. ACN 625 347 882.

Open
PP continues to shine his light…The PPF is fin

PP continues to shine his light…

The PPF is fine tuning the development of the handwashing unit, and hatching a couple of new project ideas. Watch this space.

Whilst reaching out to our friends and colleagues in Nepal. The porous border with India has led to alarming increases in COVID numbers in Nepal, challenging again fragile health systems and the population’s willingness to comply with imposed protection and safety measures. ...

PPF’s technical team is working with Taylor to refine the design. A prototype unit will be built and tested in Australia before fabrication, trialling and evaluating in Nepal.

PPF has also been successful in receiving a grant from IWSH, the International Water Sanitation and Hygiene Foundation, to support the trialling/evaluation stages.

Many thanks to the PPF Challenge judges, the PPF Board and IWSH. Thanks also to Adriano for the surfboards backdrop, aspirational for Nepal the landlocked country.

The PPF congratulates Taylor Springthorpe from New South Wales on her winning design in the Nepal Portable Handwashing 2020 Challenge. It was a tough problem and all judges agreed Taylor’s design delivered a practical solution suited to the Nepal conditions.

Thanks to all who entered the Challenge, it’s been inspiring to see the ideas, efforts and presentations.

More info re the next stages on the PPF website.

Dhulikhel Hospital in Nepal has used funds donated by the PPF to build fixed hand washing units and toilets to improve hygiene in and near their COVID facilities.

The Hospital is one of the leading agencies in the fight against COVID in Nepal, but it is struggling to keep up with the increasing numbers of people infected with Coronavirus.

You can read the report from Dhulikhel Hospital in the PPF website’s News page. ...

Open
This week we will note Global Handwashing Day on 1

This week we will note Global Handwashing Day on 15 October.

A basic hygiene practice achievable by most of us but a struggle for many populations.

In Nepal the rate of Coronavirus infection has been rapidly rising these past few weeks, very worrying but not unexpected.

The PPF is looking forward to the design outcome of the Nepal 2020 Challenge, so we can work with our health and community partners to improve access to handwashing, however small the first steps might be.

Open
Registrations for the PPF Nepal 2020 Challenge are

Registrations for the PPF Nepal 2020 Challenge are now closed.

The PPF is grateful to the skilled and talented designers who have signed up to help us to help the people of Nepal.

With great eagerness we look forward to the ideas and solutions.